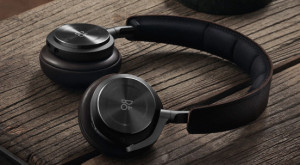 I was part of the development team, and one of the two persons who decided on the final sound design (aka tonal balance) of the B&O Play H8 headphones. So, I’m happy to share some of the blame for some of the comments (at least on the sound quality) from the reviews.

Because they were sound designed primarily for portable use, the H8’s have a intentional emphasis on the lower frequency band in their tuning. As you can see in the comments about the overall tuning below, this appeals to some, and not to others – and for some, it’s an expectation. This difference in opinion is probably not only attributable to taste in timbral balance, and in musical style, but also in what the reviewer’s “reference” (or at least most-used) headphones are.

CNET review: “As for sound quality, this is an exciting headphone with lots of bass — it definitely goes deep — a fairly warm midrange and good clarity, though it’s a touch hyped in the treble, which comes out more when you listen to this as a wired headphone (however, most of that treble edginess is eliminated when you turn the noise canceling on, which dulls things up a touch). And yes, it does sound better as a wired headphone, but that’s not surprising considering you tend to give up some sound quality by going the Bluetooth route.”

Pocket-lint review: “… crisp highs and clapping mids with clarity. The balance may be bass-heavy, but the full mix of any given track still pushes through with gusto.”

Headfonia review: “Tuning is clearly bass focused and while it’s no audiophile kind of unit, the tuning is very enjoyable and fun.”

Huffington Post review: “So how do they sound? Well extremely good…  If we had a single niggle it’s that they can sound a little overwhelmed by the lower end and middle ranges, with the higher clearer notes being sometimes drowned out. It’s not that the sound is muffled, more that the treble just feels quieter than perhaps it could.”

Qubuz review: “It has an expansive sound and does not hold back in the low- and mid-ranges.”

Mashable review: “The H8 have a very flat sound profile, which is even more noticeable with active noise-cancellation turned on. A flat sound profile means songs across a variety of genres sound neutral and clean and the headphone maker didn’t tune them to emphasize certain frequencies, like boosting the highs (trebles) or the lows (bass) too much.”